Welcome at the History Centre Dybbøl Banke. Step directly into Denmark’s history regarding the war between the Danes and the Prussians in 1864. Here you can read more about events we offer in the History Centre.

We show three movies about the war 1864 in Dybbøl.

“The attack on Als” depicts the Danish volunteer soldier Erik Skram, who without a fighting experience is thrown directly into some of the war’s hardest battles on the island of Als on 29 June 1864. Here he is witnessing the most horrible bloodshed and is himself severely wounded left behind the Prussian lines. A fate he shares with thousands of other Danish soldiers who cannot face the far bigger and more professional Prussian army.

“The Day of the Assault” carries us closely to the day on which the Prussians tried everything to break the Danish defense around 4 a.m. and to conquer Dybbøl after ten weeks of siege. The battle of 18 April is one of the bloodiest battles in the Danish history and the last big battle on Danish ground. Almost 3000 people were mutilated or died. 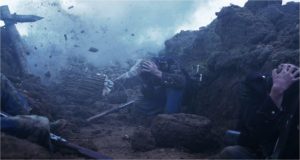 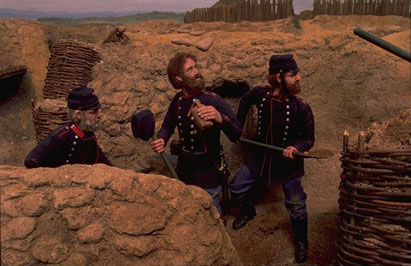 Feel the weight of the cannons and go on a journey of discovery in the two dark powder magazines which are made of concrete. Seek cover in the huge block house which had been the redoubt’s bomb shelter because it was assumed to be bombproof.

In the authentic redoubt reconstruction it is possible to walk around in a Danish redoubt system for the first time since 1864. 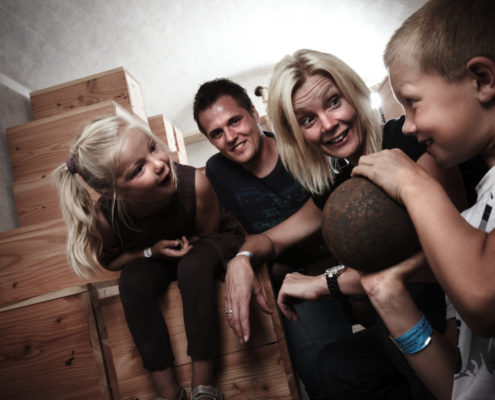 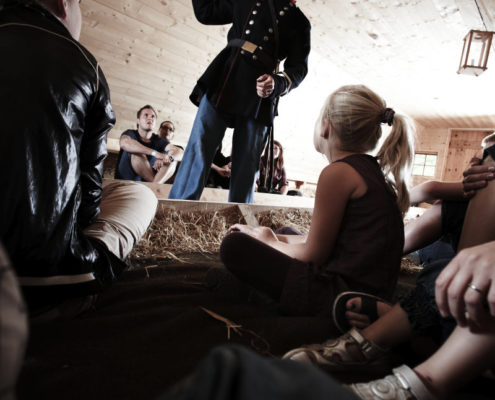 Lie down in the huge straw beds in the troop barracks or write a letter with fountain pen and ink. Handle the smith’s bellows and try to telegraph in the post office.

The Danish reserve forces lived behind the redoubt in a huge barracks camp; in the History Centre we built a barracks camp which we call soldiers’ town. Here you can experience the daily routine of the war 1864. 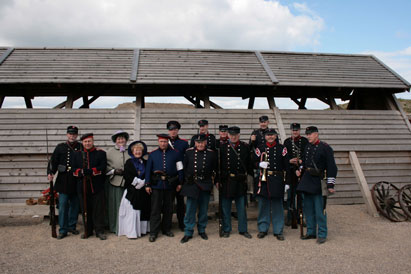 Several times a year, many volunteers from the “Jydske Landsoldater” arrive at the History Centre.  Every year on 18 April the corresponding German association arrives. These soldiers are naturally dressed like the Prussian soldiers in 1864. Nowadays they all meet in peace though!

The extraordinary landscape at Dybbøl

Consider a walk over the former battle field with the remains of the redoubt’s blown powder magazines, monuments and graves.
Get an app for your mobile phone at the History Centre and take a look at old photographs of the destroyed Danish redoubts.
The History Centre is situated in one of the most beautiful Danish landscapes, created in the glacial period, with an impressive view over Østersøen, Als and Sundeved.

A brochure can be picked up at the History Centre or on the homepage of the Nature and Forest Administration. 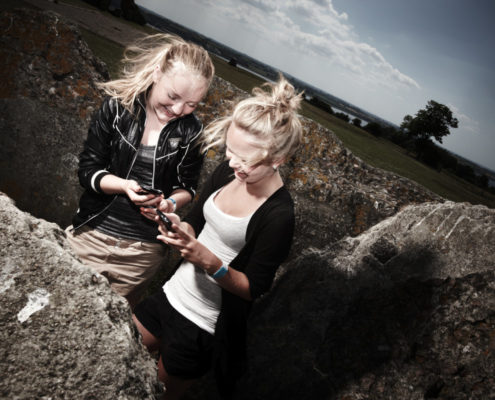